Study the violin and ... 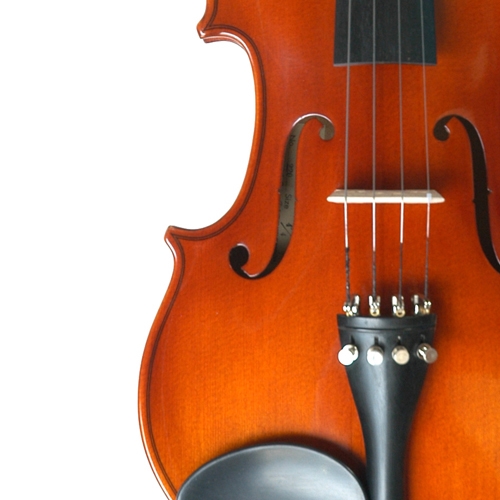 Acquire a skill you can be proud of

Learn about the rewards of regular practice

I currently have about 40 students; ages span 4 to 18 of age.  Students range in ability from beginners to major concerto study. Many participate in the Tacoma Youth Symphony 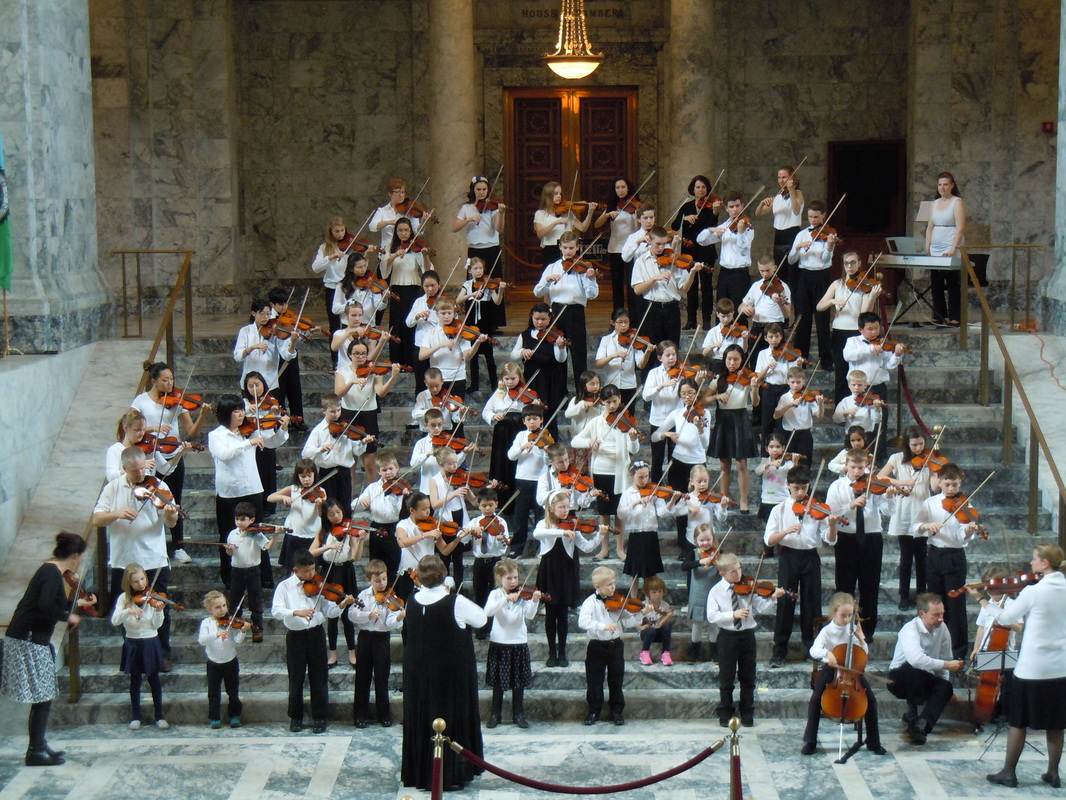 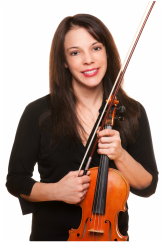 kinder music classes at the St. Louis Conservatory and School for the Arts. The classes incorporated dance, singing, and playing rhythmic instruments. At age 6, Katrin began to study Suzuki violin at the St. Louis Conservatory. Around age 9, she was enrolled in Youth Training Orchestra at the school. The Steven's Point Wisconsin Suzuki Institute was a favorite summertime activity. At age 14, Ms. St.Clair joined the St. Louis Symphony Youth Orchestra and began pre-college lessons with a principal violinist in the St. Louis Symphony Orchestra. In 1989, she was the winner of the Youth Orchestra concerto competition and performed with the orchestra. During the summers of high school, she attended Boston University Tanglewood Institute, the Indiana University String Academy, and the Aspen Music Festival. After high school, she attended the University of Cincinnati, College-Conservatory of Music where she studied with Dorothy DeLay, Naoko Tanaka, and Won Bin Yim. Katrin graduated with honors from CCM with a Bachelor of Music Performance. Currently coaching with Los Angeles Philharmonic Concertmaster Nathan Cole. Post-graduate work continued in St. Louis where she studied Suzuki pedagogy with John Kendall (one of the first people to bring Suzuki education to the U.S.) and also attended pedagogy courses at the Julliard School in New York City. Katrin St.Clair is a registered teacher with the Suzuki Association of America and continues to add to her education yearly at Summer Institutes-particularly enjoying studying with 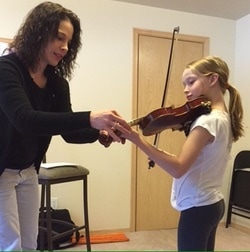 Stevie Sandven, Cathy Lee, Nancy Lokken, Alan Lieb, and Yuko Honda. Jan Coleman has also had an influence on her teaching. Ms. St.Clair's students have been consistent recipients of WMEA Superior scores, winners of WMEA regionals, and winners of the Tacoma Youth Symphony Competition. Students have also been accepted into the prestigious Meadowmount Festival, Coleman/James Studio, Indiana University Summer Academy, Oberlin Conservatory, and the University of Michigan. Recently Ms. St.Clair was a guest master class teacher at Pacific Lutheran University in Tacoma, WA, and at Parker Elementary in Houston TX. She is on faculty at the Oregon Suzuki institute Ms. St.Clair has performed with the Illinois Symphony and is currently a member of the first violin section of the Symphony Tacoma Orchestra. She also plays with the Seattle Studio Orchestra which records many movie soundtracks. Katrin frequently appears with the Northwest Sinfonietta as well as her own chamber music group, The Puget Sound Trio. in 2016 she was featured in the Governor's Mansion Recital Series in Olympia, WA